A midshipman was the naval equivalent to an officer cadet.

The word midshipman derives from the position of their berths amidships. This also reflected their position within the hierarchy of the ship, halfway between the sailors who berthed “before the mast” and the officers, who berthed in the stern of the ship.

Although a midshipman was originally a very experienced sailor, by the late 18th century, the term had come to refer to exclusively to commissioned officer candidates. Midshipmen were then mostly boys and young men training to become naval officers. As was common at the time, most officers came from either nobility or family money, although an able seaman who had proved himself might also occasionally be made a midshipman. A midshipman was eligible to take the examination for lieutenant after serving for three years, although a longer service was common. Field promotions to lieutenant were rare, but not unheard of.

The midshipman’s position on board was a slightly strange one as they were rated Senior Petty Officers and therefore outranked most of the crew, who were commonly not only much older, but also much more experienced. Senior midshipmen or junior lieutenants who were waiting for their promotion after passing the examination. would often be promoted to master’s mates as a favour, both for the higher rank and better pay.

Aboard the Obra Dinn

None of them survived. 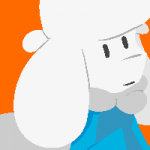